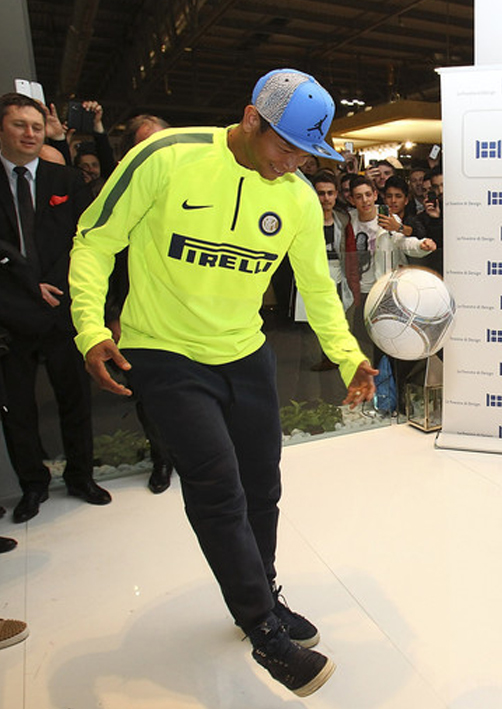 Day in the company of the top sponsors Inter Lukas and Fredy. The German striker: “Inter are a great club and will rise again”
RHO – Milan city of fairs, metropolis accommodating and present. The topical today leads us to Rho, near Milan, where he is these days being the Made Expo 2015 within which finds its natural habitat space events dedicated to Oknoplast, four years one of the top sponsors Inter . Today, the stand of the Polish, has not only found the usual public success but also welcomed two of the players rose to Roberto Mancini. First of Lukas Podolski that the company shares with the geographical origin and that on the sidelines of the event, commented the team’s moment: “There are still eleven games in Serie A and we will do our best to do our best. The team has given so much, Wolfsburg did better than us unfortunately. Now we are out of Europe but continue to work head-on, when you fall you have to get up. The situation is not easy but Inter are a great club and rise again. ” He returned then on its path to Milan from Inter player: “My future? I do not think right now, I’m focused on playing better by the end of the championship.”

With him also midfielder Fredy Guarin: “We were very keen but we could not get the result that we set. The opportunities we have had, we were not lucky in the first part of the race and unfortunately it’s their goal. After 1 to 1 was the time when we lacked the most strength, was where you had to make a difference. ” Scudetto next season? “It’s better that no one, apart from us, we believe. We believe we can do even better. To do so, however, we need to leave another image and we have two months and eleven games to do that.”