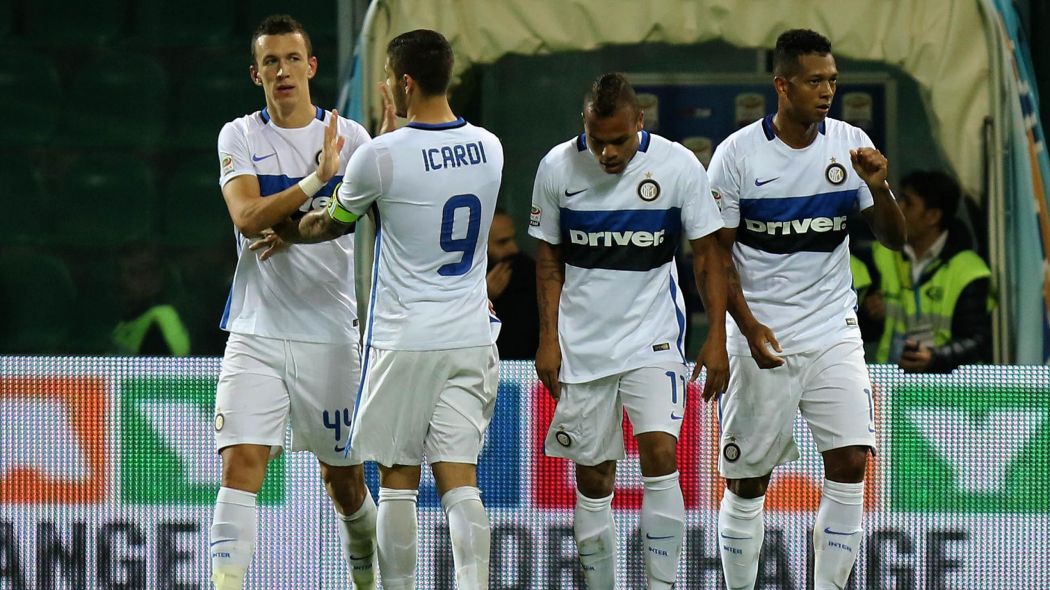 A good draw at Palermo, Inter in the wake of leaders Roma.

A good draw in the Palermo International for that, thanks to the point gained in anticipation of the “Favorita” remain close to the league leaders Roma, winning on Sunday afternoon in the challenge of the “Franchi” with Fiorentina. Inter ahead with the network Perisic, Jogging rosanero thanks to the scoring of Gilardino. A challenge much fun, especially in the second half, both teams tried and could have won.

Among the hosts coach Iachini terraced Maresca in midfield and the tandem Vazquez-forward Gilardino, while fellow Mancini launches Nagatomo in defense and put the beginning Fredy Guarin and Kondogbia. The pace of play is staid, defenses are the masters with Gonzalez playing ahead of Icardi, while Miranda does not commit a smear. We test in a couple of occasions Vazquez from distance, but Handanovic answers always present. For guests a series of corners, but no real danger. In the second half, however, the dispute comes alive. Inter have another gear and Mancini’s team takes little to take the lead: Jovetic good fishing Biabiany in their area to the right, great stop and passage for the insertion of that Perisic, two meters from the door, does not miss . Palermo feeling the pinch and only Sorrentino avoids doubling Inter’s Nagatomo initiative.

The hosts replicate and 65 ‘Gilardino is quick and lucky to stow away on the net by the developments of a corner of a cross-shot from Vazquez. Inter, however, remains in 10 for his second yellow card in Murillo for an alleged foul on Vazquez, the Italian-Argentine striker Palermo was good looking. Ranocchia comes in place of Jovetic, but just before he entered also Ljajic instead of Icardi. Both sides seem willing to win and do not give up attacking. Despite the numerical inferiority, is Inter to go repeatedly close to the lead on two occasions: Guarin becomes the protagonist of a fine solo and runs through the undisturbed field after a free kick by Quaison over the barrier, but unfortunately the end of the Colombian midfielder It is of a high nothing. Shortly after, just 90 ‘, Ljajic fishing cutting Biabiany, but still a great Sorrentino output avoids the goal outside France. After 3 minutes of injury time the referee’s whistle ends hostilities.