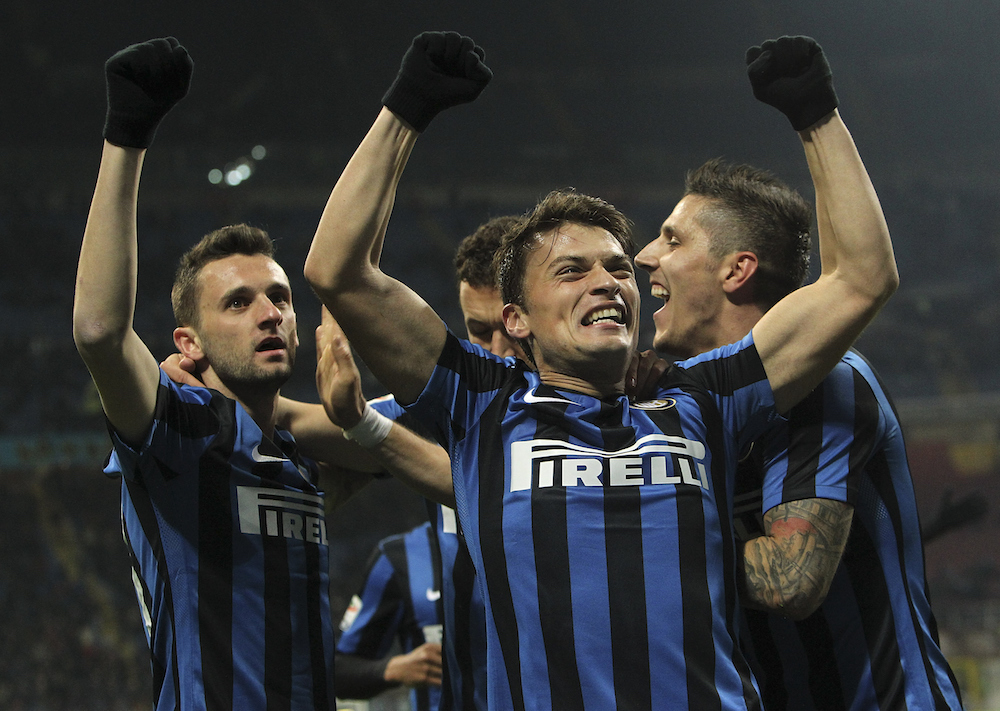 INTER FIRST OF ALL

With Genoa tenth win of the season gives the momentary supremacy

Full speed ahead. Archived defeat the San Paolo against Napoli vs. Genoa back Inter cynical and ruthless, skilled and able to exploit the punishment of Liajic to conquer the entire stake and, temporarily, the top spot. Inter is actually more aggressive than usual because they start strong from the beginning and press the top all-round and high, very high indeed, is also the center of gravity, reflecting the intention of wanting to own the game. At first opportunity is Melo, served by Palacio, within the (very good opportunity, very high) and another is Ljajic, after trading in the strait with Jovetic (external network). The Nerazzurri only lack of incisiveness, and before the interval, Telles down to the left, crossed for Ljajic that clashes with the portentous reflection of Perin that cushions the conclusion. Before the break, still Ljajic, speed, download a little off right with the face of goal. The recovery gets under way with Melo accompanied Humanitas Rozzano for Tac control. Genoa fires in Figueiras, free area, on which Handanovic saved a corner. At 12 ‘, here Jovetic clocks in as a striker should do. Inter breaks the delay to 14 ‘, with a free kick by Ljajic and outside ends in the far corner without anyone arrivals. It realized the advantage Inter remains in ten, as in Naples for the double yellow D’Ambrosio. It ends up anyway, with Inter that centers the tenth success in the league and keeps a clean sheet reflecting the defensive solidity less traveled in the rear of the tournament.