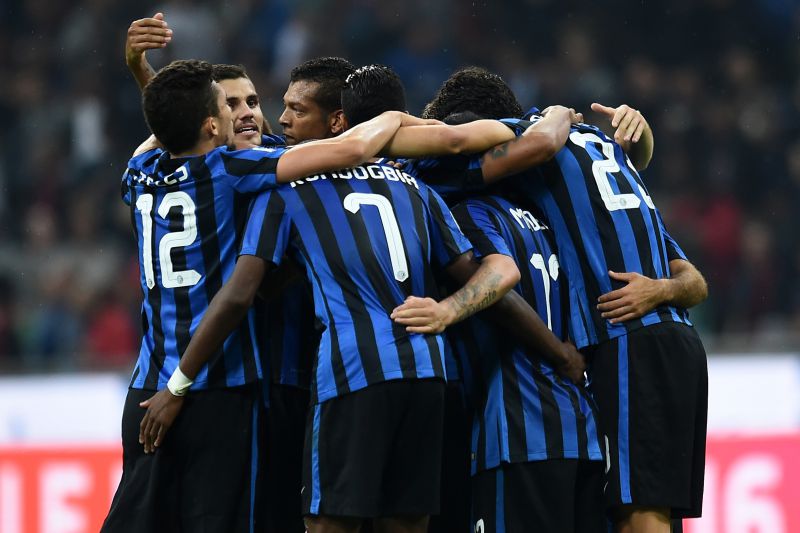 INTER WIN IN BOLOGNA
Icardi decides the advance of Dall’Ara

Smiles and he wins the Inter Fredy Guarin. The Nerazzurri, in fact, s’aggiudicano the advance of the “Dall’Ara” Bologna overcoming the Bolognese thanks to the scoring of Mauro Icardi. The center realizes the winning goal with the team outnumbered after the expulsion of Felipe Melo, for a second bookable offense. In conclusion is decisive intervention of Handanovic, portentous of Right in full recovery.
The start of the race is stiff. Nevertheless, Inter would have the opportunity to alter the inertia of the match, but the header by Perisic is not very dangerous. On the final lap, Santon crosses in the middle for Icardi, whose lunges correct a corner by a defender Emiliano. Before the break still they try Kondogbia that download on the bottom, and Ljajic, whose punishment does not produce the desired effect.
In the second half of the meeting the refrain changes suddenly. Brozovic open for Perisic, that low cross for Icardi, but Da Costa anticipates the Argentine striker. Between 8 ‘and the 15’due yellow cards, condemning Felipe Melo early exit from the competition. They spend 7 ‘Gastaldello and gives ball to Brozovic launching of Ljajic which subsequently can serve Icardi before Da Costa. The signature is the logical consequence of a play intended to be one that works as a center forward and, in front of the goalkeeper, made no mistake giving her the important advantage. Just before the half hour Fredy Guarin takes over from Perisic and almost immediately prepares a valuable assist to Icardi, whose endorsement is peremptory, but deviates Rossettini refuge in a corner. In conclusion, Handanovic makes a miracle of Destro kick him a few steps away from the number one Inter. Inter wins conquering the entire stake after a month and seems to be back one of the top five league games: cynical, deadly and, above all, a winner.